New year, new team of aspirant entomologists writing for Mastering Entomology – and this time around there’s four of us. With no further ado, let’s introduce the team…

Hey, I’m Sam. I’m actually a fairly recent convert to the ento crowd. My undergrad was in zoology, where I was considering going into conservation or behavioural research. As the leader of the course was an entomologist I did learn a lot about insects, but my passion wasn’t really ignited until a trip to Africa in my final year. In a place where monkeys and hippos are the norm, I found greater fascination in the intricate pitfall traps formed by the antlions that surrounded our hostel. That trip cemented in me a desire to understand the behaviour of insects and its evolution. Which is exactly why I’m here at Harper Adams. I’ll try my best to share all the interesting behaviours that I come across in my studies.

Hi, I’m Dominic. I chose to study Entomology as I am very passionate about the subject and want to improve my knowledge and understanding of Insects. Ultimately, I wish to work as an Entomological curator where I can look after the important collections held within museums, educate the public on insects and hopefully conduct my own research to help the conservation of entomofauna and the habitats they reside in. My main interests in Entomology are Lepidoptera and Coleoptera (predominantly Moths and Scarabaeidae). I am fascinated with the way that Insects interact with and influence other organisms as well as looking at their roles in various ecosystems, I am also intrigued with how Insects have impacted human culture. In this blog I hope to write about insect behaviour, interactions, historical importance, environmental impacts and any other Entomology facts I find interesting.

I’m Gary. You could certainly argue that I’m not the typical Entomology MSc student, having spent the last decade-plus in writing, communications and journalism. The love of insects has always been there, mind – just, it’s fair to say, lying somewhat dormant for a spell. Heavily influencing my taking of this somewhat tangential turn was time spent in the Prespa National Park in Greece, Albania and the Republic of Macedonia, where, similarly to Sam, I spent much of my time staring in awe at the biodiversity on the floor rather than looking out for bears, wolves or the magnificent array of bird species. Though I’m not exactly relishing the statistics that are to come as we work towards our final research projects, an insect-collecting trip up the Wrekin last week with some of my fellow Ento postgrads firmly fixed in my mind that I’ve made the right, albeit slightly curious, decision. Twitter: @garyfromleeds 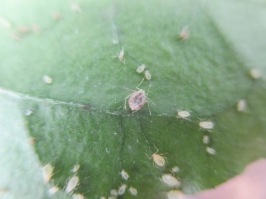 Hi, I’m Niah, the token Integrated Pest Management student on this blog. I come from a science background, having just completed my Bachelor’s in Biological Science, but I knew next to nothing about entomology until my interest was sparked on a placement at the Warwick Crop Centre. Having spent a summer emptying traps, carrying out pesticide trials, and compiling citizen science moth counts into a report, I decided that pest management was the way forward! As well as singing the praises of biological control, I am especially interested in social insects, months, vectors of human disease and, of course, aphids. It’s quite a mixed bag but I’m looking forward to including some of them in this blog!

We’re aspiring to bring you some blog content that’s as diverse and intriguing as the world of our favourite arthropods. If we can get even remotely near, we’ll have done a pretty good job. 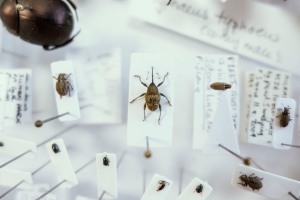 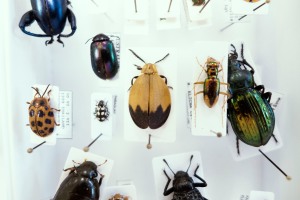